Like other currency symbol, Indian government also announced Indian Rupee Symbol (₹) long time ago. But the problem with that symbol is, we don’t have that symbol on our older version keyboard. If you want to write Indian rupee symbol on any document by using your old keyboard, then here is a solution for it.

I previously written guide here on this blog. But that article is too old, and the resource which I have linked is no longer available. So I thought I could write once again here with most updated information.

All the latest version of the keyword are now coming with Rupee symbol on it. If you are still using an old version keyboard, then you won’t find the Indian currency symbol on it. For that issue, we have a solution for it. Currently we have 2 solutions, I will explain all those here.

I recommend this method compared to the second method i.e, by installing Rupee Font method. Because, this method is much more convenient than writing rupee symbol by font method.

Here is the step by step instruction to write rupee symbol with Keyboard or software method.

1. To add rupee symbol to your old keyboard, first install kb 2496898 update which is released by Microsoft.

2. Once you install that update, now change the Keyboard to Indian Keyboard in settings.  If you don’t know how to change, then watch the below video guide. 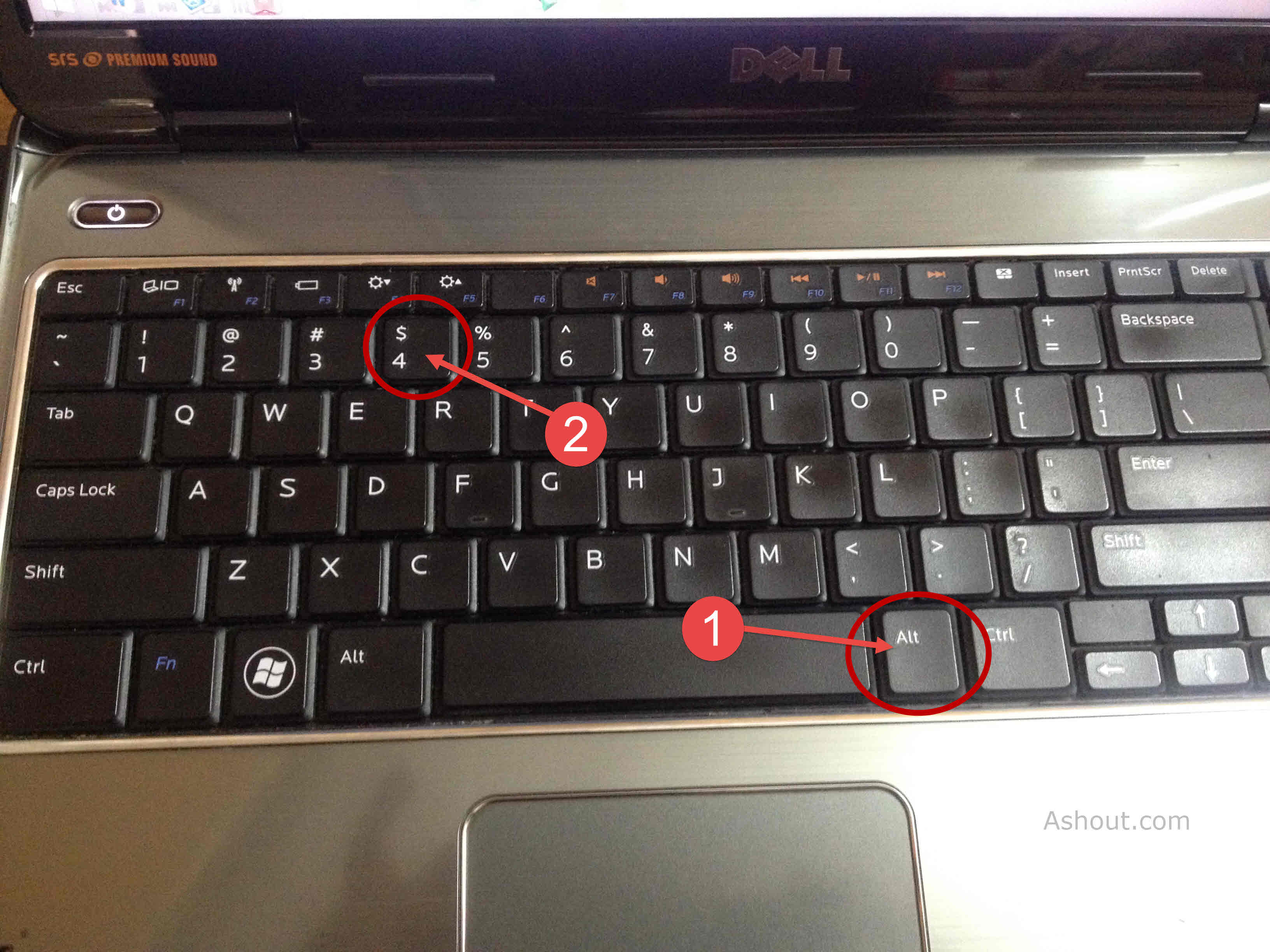 From now onwards you can type rupee symbol wherever you want by pressing Right Alt key with Num 4 Key on any of your keyboard.

If you are using windows 8 operating system, then your operating system comes with this update. So you don’t need to download any software or drivers to type Rupee symbol on your keyboard. All you need to do is, just Press Right Alt Key+4 button (Which contains $ symbol on it).

If you cannot able to download that update for any reason, then you follow this guide. In this method what we are going to do is, we first install Rupee Font on our computer to type Rupee Symbol.

I don’t recommend this method. Because, for typing rupee symbol, first you need to change the font to rupee font, then you need type rupee symbol and again you have to switch back to regular font to continue working. This method involves a lot of work compared to 1st method.

To write Rupee symbol with font method, follow the below steps.

1. First we need to install Rupee symbol font on our PC. So go and download Rupee Font here or here  or ( Direct link 1 | Direct link 2)

2. To install Rupee font, just double click on the font that you have downloaded and click on Install button to install it. 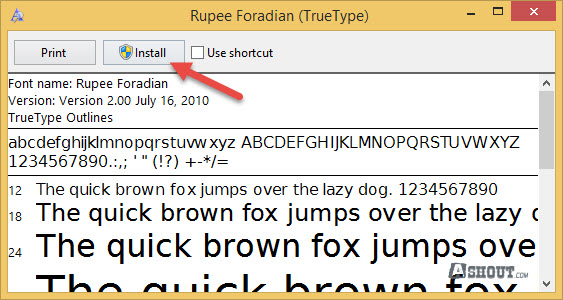 3.  After installing the font, open any application that you want to write Rupee symbol. For example, if I want to write rupee currency symbol on Notepad, then open Notepad application and go to Format >> Font… >> here you search for Rupee Foradian font select that and click Ok button. 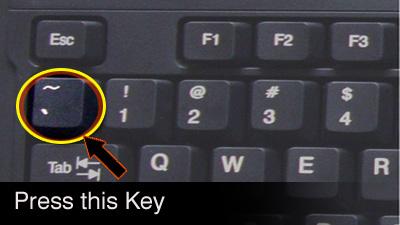 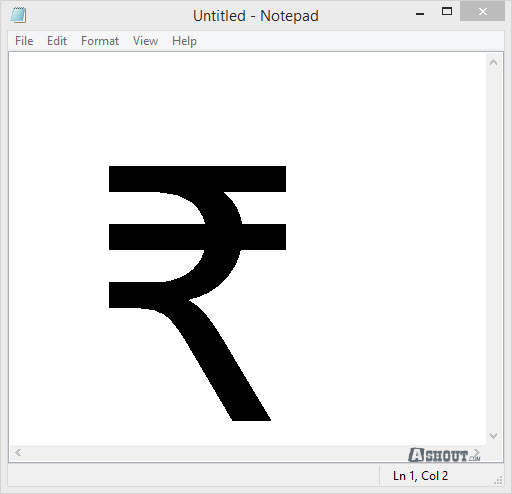 The same procedure follows for all other application. If you have any doubt regarding this, then leave a comment below I will replay.

Arun is the founder of this blog and a passionate tech blogger. If you like tech, then don't forget to subscribe to this blog for tech tips, reviews, guides, and exclusive deals.

I did the process again by deleting all spaces and the space is gone now.