Google Chrome team released a new stable channel update yesterday, that is on 20 Feb 2014. In this update as usual they fixed some security bugs and removed few features. Which includes one of the most popular flag, Instant Extended API. This flag is used remove the new Google search box which is placed on Google chrome new Tab.

If you removed  search box with the help Instant Extended API flag, then after upgrading to the latest version (which usually happens in the background) of chrome, your settings will be reverted, and you’ll see the new tab containing Google search box with thumbnails of the website that you have visited. 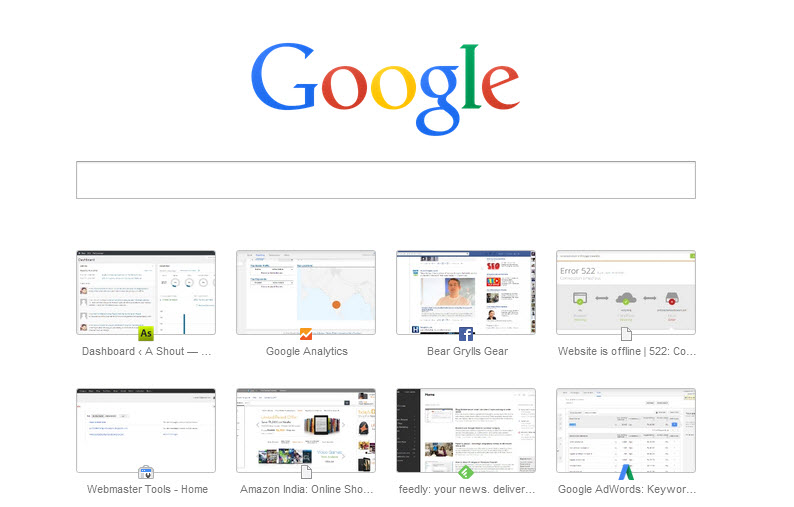 I was one of the user who user who hates that the new design, and with the help of flags I removed that search box in the new tab. Now we left with no other option other than using that new search box tab.

Thanks all for your feedback on the removal of Instant Extended API.

The Chrome://flags page differs from other Chrome settings in that they are meant for developers and are not official or a supported part of Chrome.  As stated at the top of the Flags page, “these experimental features may change, break, or disappear at any time. We make absolutely no guarantees about what may happen if you turn one of these experiments on, and your browser may even spontaneously combust.” Because we are constantly adding and removing these flags, you shouldn’t rely on them. They can also contain serious security and usability risks.

In the case of Instant Extended API, this is based on old code, which is not included in our most recent update. If an interface or option is going to be supported, it will have controls in the normal settings page. There are many extensions that can offer similar solutions to Flags, so please check in the Chrome Web store for alternatives.

Many users already started throwing lot of comments on this update, because they are now forcing us to use google search box in a new tab without giving any option to disable that feature.

I will try to look for the possible work around to disable this feature. If I found I will update that method on this blog.

I really hate this update. What do you think about this move by chrome? Do you love Google search box on the new tab?

Arun is the founder of this blog and a passionate tech blogger. If you like tech, then don't forget to subscribe to this blog for tech tips, reviews, guides, and exclusive deals.

This is really irritating…. what’s the use of double search option….
We can search directly in address bar.
Please tell us if any tweak is present…

Seems like you have not seen the link to the workaround post, which is given at the bottom of the post. Anyway, here is the link to that article http://www.ashout.com/fix-google-chrome-new-tab-page-design/